Novel genomic technologies could solve some of Africa's most pressing healthcare challenges, including global diseases and neglected diseases of poverty that are rare in more developed countries. This has been the focus of a partnership between the Universities of Manchester and Cape Town in disease genomics, particularly in heart disease.

When University of Cape Town student Steve Kamuli returned to South Africa from an exchange trip to Manchester, little did fellow student Timothy Spracklen know that Steve's UK visit would eventually lead to a trip to Manchester for himself - and an important research finding. 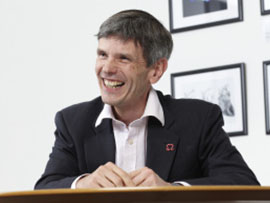 Bernard is Research Domain Director for Cardiovascular, Metabolic and Nutritional Sciences, a BHF Professor of Cardiovascular Medicine, and a consultant cardiologist.

DGEMBE was financed by Research Councils UK and South Africa's National Research Foundation, through the Newton Fund, which encourages international collaboration that addresses global challenges. A key aim was to establish a platform between the two universities to better use novel genomic technologies to help tackle congenital heart disease – the most common birth defect, affecting just under 1% of live births – and rheumatic heart disease.

Rheumatic heart disease is an inflammatory condition of the heart valves that is common in Africa, but rare in developed nations like the UK. Both diseases can have a disproportionate impact on patients in countries where improvements to diagnosis and subsequent care are much needed.

DGEMBE saw Cape Town students like Steve come to Manchester for training in next-generation sequencing bioinformatics, zebrafish research and proteomics. These areas offer the foundations for understanding the genetic basis for conditions like congenital heart disease and rheumatic heart disease.

On his return to Cape Town, Steve shared his learning from Manchester with Timothy, teaching him how to carry out whole-exome sequencing analyses, which look at the parts of a person's DNA that code for amino acids – commonly referred to as the building blocks of life. Timothy then carried out those analyses on a family with cardiomyopathy, or heart muscle disease, resulting in the identification of a gene mutation.

He visited Manchester to learn how to model the mutation he had discovered in zebrafish, working with neuroscientist Dr Paul Kasher to do so. The results of their work are expected to be published in the near future.

"I learnt so much during my time at Manchester," Timothy says. "Not only did I experience several new laboratory research techniques, but we also managed to generate some really useful data in a relatively short timeframe." 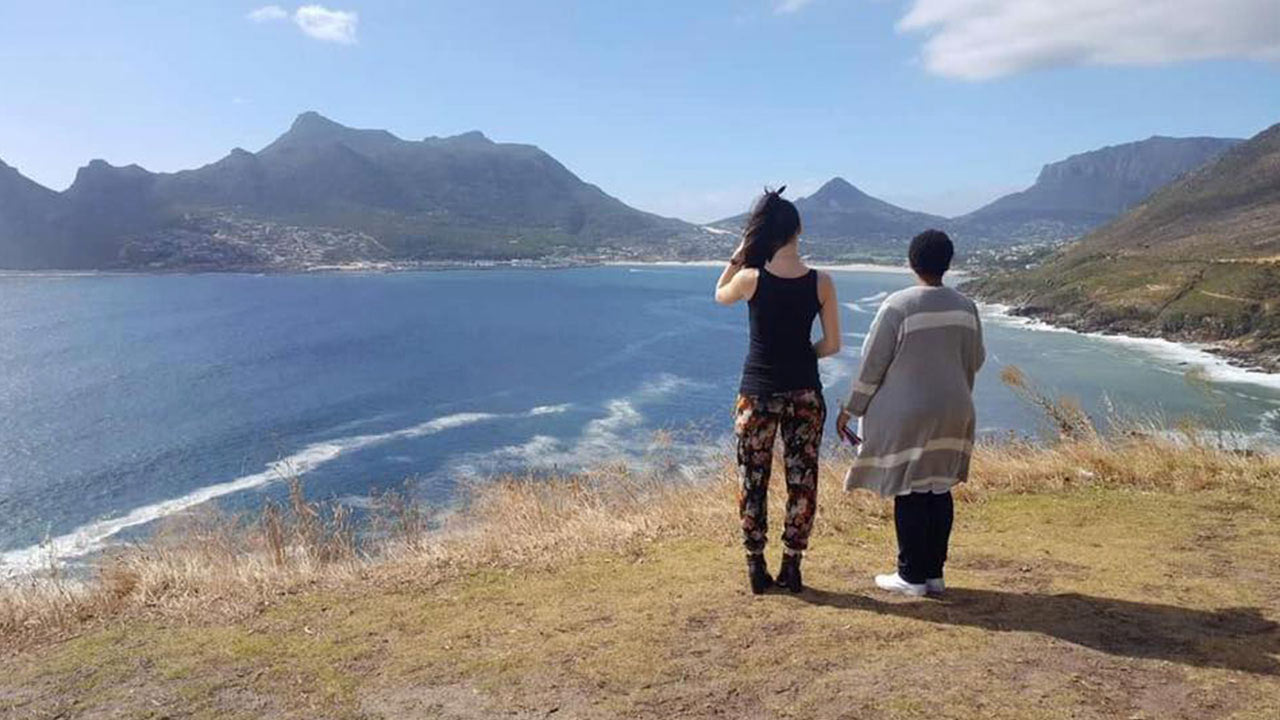 PhD students on DGEMBE exchanges had the opportunity to explore Cape Town during their visits.

In another example, the UCT team and their collaborators all over Africa collected samples from African patients with rheumatic heart disease. Professor Tony Whetton's team analysed these samples at the Stoller Biomarker Discovery Centre in Manchester in collaboration with UCT student Taariq Salie, who visited Manchester to receive training in this type of proteomics analysis. Back in Cape Town, Taariq is now conducting the analyses in collaboration with Professor Whetton's group.

"That is a unique cohort – no one else has done proteomics on rheumatic heart disease before," says DGEMBE principal investigator Professor Bernard Keavney. He came up with the idea for the collaboration together with Manchester colleague Professor Graeme Black and, from UCT, the late Professor Bongani Mayosi* and Associate Professor Mark Engel.

Understanding the genetics of congenital heart disease could lead to advances resulting in better genetic counselling for families and a greater understanding of how to rebuild the heart, which could also help other heart disease patients, Professor Keavney explains.

It is not enough to wait for African nations to become better off and cut rates of heart disease through public health work, he says, adding: "Too many young people will die or suffer chronically with heart failure if we do that. We need to attack rheumatic heart disease using cutting-edge science, including genomics and proteomics."

Students from Manchester have also gained much from their visits to UCT as part of the DGEMBE collaboration.

"It was a great experience to do some new research in a new environment, with a new team of people," says Kathryn McGurk, one of the Manchester PhD students who spent time in Cape Town. "The groups at UCT are so well-connected to international specialists. So many of the students were on research placements at top universities while I was there."

For Jade Talbot, a PhD student with Professor Paul Townsend and Professor Tony Whetton, the DGEMBE exchange scheme enabled her to make use of a technology platform currently not available in the UK. She used her visit to Cape Town to analyse samples from British patients with prostate cancer and lupus through a proprietary antibody/antigen identification platform developed by Professor Jonathan Blackburn of UCT.

"It was a privilege to work with experts in a technique used to collect crucial data to potentially create a novel biomarker panel for prostate cancer and lupus that I would have never had the opportunity to perform in the UK," Jade says. "The UCT staff and students were extremely versatile, having to create innovative ideas to overcome lack of power at times."

"The aim was to cultivate an internationalist approach to research, and to understand some of the challenges that face researchers in ODA [official development assistance] recipient countries," he explains. "I think we've been absolutely successful in that." 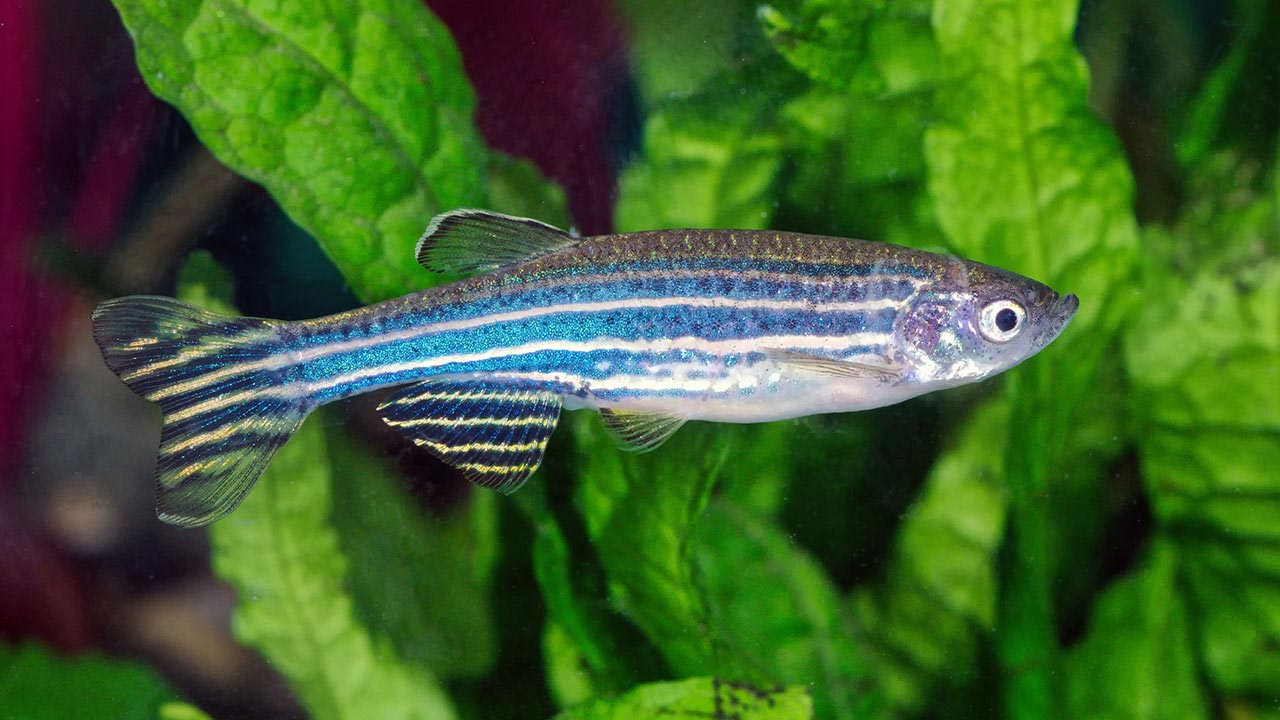 For Professor Keavney, the notion of a two-way exchange of ideas sits at the heart of DGEMBE.

"We have worked very hard as a team to ensure that the high-value aspects of DGEMBE take place in South Africa – not just the sample collection, which takes so much work, but also the technical aspects of the analysis," he explains. "If researchers need to be taught in Manchester, they're taught here, and then they return to South Africa. So, there's true capacity development."

Another consequence of DGEMBE has been the establishment of a zebrafish research facility in Cape Town, a first for the city and among the first such facilities in South Africa. This is led by Associate Professor Gasnat Shaboodien, who spent time with Dr Kasher in Manchester to learn the fundamentals of setting up such a facility. It is hoped that the facility will help power work not only by cardiovascular researchers, but also by scientists working in other fields, such as neurology.

"The amount of support we received from staff and students at Manchester through DGEMBE has been phenomenal," Associate Professor Shaboodien says. "This has taken our research to the next level, enabling us to use cutting-edge technologies to advance cardiovascular genetics on the South African front in leaps and bounds."

"The DGEMBE partnership has delivered beyond our expectations, opening up avenues for new partnering initiatives, such as with Dr Philip Day at the Manchester Institute of Biotechnology," adds Dr Engel, Associate Professor in UCT's Department of Medicine and co-investigator on the grant from UCT.

“This has taken our research to the next level, enabling us to use cutting-edge technologies to advance cardiovascular genetics on the South African front in leaps and bounds.”

While DGEMBE has now come to an end, its influence lives on through grants and projects such as PROTEA (Partnerships in Congenital Heart Disease in Africa). Over 2,000 congenital heart disease patients have been enrolled in this project, with whole-exome sequencing analysis carried out in 120 patients so far – all undertaken by researchers in South Africa, many of whom trained in Manchester.

PROTEA grew out of a DGEMBE exchange visit to Manchester by paediatric cardiologist Professor Liesl Zühlke of Red Cross War Memorial Children's Hospital and UCT, during which Professors Zühlke and Keavney met and recognised the opportunity for collaboration between their two units.

Professor Zühlke also received the Medical Research Council/UK Department of International Development African Research Leader Award in 2018, with assistance from Professor Keavney as her UK mentor. The £750,000 award, only a handful of which are made each year, is being used further advance Professor Zühlke's work to study heart disease in children in South Africa and build capacity to do the same in five other African countries.

"I am so respectful of our colleagues in Cape Town who do so much with seriously limited resource – much more limited than we have here in the UK," Professor Keavney says. "They're doing great science, and they are completely committed to solving problems that will benefit their local population in Africa. And that has been humbling."

* The late Professor Bongani M Mayosi was a giant of African medical research and the original South African PI of DGEMBE. His death in July 2018 robbed Africa of a world-leading scientist and tireless advocate for improving the health of poor people globally. All the achievements of the programme are substantially due to Prof Mayosi's leadership. The students and staff involved wish to express their deepest respects to a unique friend and mentor. 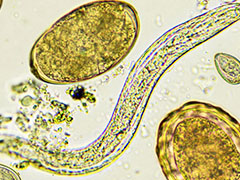 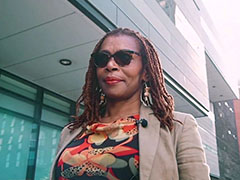 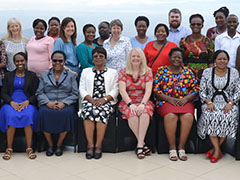