People of African and Caribbean backgrounds are statistically more likely to be diagnosed with schizophrenia and psychosis than other ethnic groups in the UK, but the least likely to access psychological care. Professor Dawn Edge is on a mission to change this.

Dawn is Professor of Mental Health and Inclusivity in the Faculty of Biology, Medicine and Health. She first came to the University as a research fellow.

Her PhD explored maternal mental health and why few Black women accessed services with depression during and after pregnancy. However, being co-opted onto the Board of Trustees for African and Caribbean Mental Health Services (ACMHS), as well as learning from service users and carers about the disparities in schizophrenia care, led her research in a new direction.

Psychosis in the BAME communities

"What I found really intriguing was that after decades of research into the inequalities that Black service users and their families experience in accessing mental health services and experiencing poorer care and outcomes, there were no evidence-based interventions for members of these communities," Dawn says. 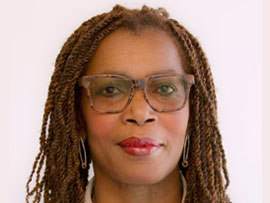 Dawn is a senior lecturer in psychology and mental health and one of the University's academic leads for equality, diversity and inclusion.

From these conferences and focus groups with local African-Caribbean communities, she found that service users, their families and the wider community had three main research priorities: more information about mental health and illness, less reliance on medication and more access to talking therapies.

The National Institute for Health and Care Excellence (NICE) recommends family intervention as a 'talking treatment' for schizophrenia, other psychoses and related difficulties. However, as Dawn explains, other factors contribute to BAME people being less likely to be offered talking treatments in general, and family therapy in particular.

"Family intervention is offered to service users in regular contact with their families, but what if your family is in another country or you don't have any biological family? Black people's greater likelihood of coming into services under the Mental Health Act (being 'sectioned'), often with police involvement after a long time without any intervention, can create considerable tension and conflict within the home, resulting in family breakdown and limiting access to this therapy."

Dawn leads a team of researchers at the University, which includes service users and members of African and Caribbean communities. Together they undertook research, funded by the National Institute of Health Research, to see whether it was possible to develop a culturally-adapted version of standard family intervention (CaFI) – a talking therapy for schizophrenia and psychosis that was developed in Manchester by Professors Christine Barrowclough and Nick Tarrier, making the therapy more suitable for African-Caribbean people.

“Service users talked about feeling much better; having fewer symptoms and better ability to function, and having much better relationships with their families”

Dawn leads a team of researchers at the University, which includes service users and members of African and Caribbean communities. Together they undertook research, funded by the National Institute of Health Research, to see whether it was possible to develop a culturally-adapted version of standard family intervention (CaFI) – a talking therapy for schizophrenia and psychosis that was developed in Manchester by Professors Christine Barrowclough and Nick Tarrier, making the therapy more suitable for African-Caribbean people.

The study was highly-rated by those involved, but as it was a pilot study with only 30 participants and no control group, the research was limited in what they could say about its effectiveness.

"Service users talked about feeling much better; having fewer symptoms, improved ability to function, and much better relationships with their families," Dawn says.

"Family members reported feeling less stressed and better able to understand psychosis and its management. Service providers reported much better engagement with service users and their families, which is important as it might mean that people are able to access care and support more quickly."

Dawn and her team are now set to expand this research with more participants from six areas across the UK. They also intend to include people of Sub-Saharan origin.

"We know that people like CaFI, but we now want to test it in a wider BAME group against usual care to see if it is both clinically- and cost-effective," Dawn says.

The team hopes that creating the evidence for CaFI's effectiveness will lead to it being recommended by NICE and commissioned by mental health services.

"This would enable people who, for a long time, haven't had access to talking treatments, to do so," says Dawn.

"We also want people from these communities to begin to think differently about psychological therapy and for it to be seen as a much more feasible option in terms of treatment."

She adds: "Working closely with community members to co-produce culturally-appropriate interventions is also an important part of reducing stigma and fear of mental health services. Building service users' trust in the system and practitioners' capacity to work cross-culturally are key to improving access, experience and care outcomes."

When Dawn is not conducting research or teaching on undergraduate and postgraduate psychology courses, she is one of the University's academic leads for equality, diversity and inclusion (EDI). She stresses the importance of integrating equality and diversity, and for it not to be an 'add on'.

"Ultimately, for me, it would be great if equality is 'a given' and diversity and inclusion are so embedded in systems that we no longer need EDI leads, because you don't need to convince or to educate people about EDI," Dawn explains.

"But, for the moment, we have to celebrate that fact that people do recognise that change is needed, and are doing things to make a difference."

Dawn's current focus within her EDI role is on student experience and attainment. Going forward, she will also take on a greater role in the University's Race Equality Charter submission.

"We are still, as a society, very uncomfortable talking about race and ethnicity," Dawn says. "Until we can deal with that in a better way, the subject will keep getting covered over or put into the 'too difficult to do' box.

"In healthcare, we know that wounds that are exposed to the air and light heal more quickly than when they are covered over, fester away and you don't know until it becomes gangrenous and it's a bit too late then!"

In this context, Dawn plans to open up discussions through a seminar series she is setting up with Dr Rachel Cowan, who she shares the EDI lead role with, and Professor Alys Young, who is leading work at the University to apply for the Disability Standard. The series will be co-delivered with students.

"I think that's really important to emphasise how important it is we work collaboratively with students. For too long, we've looked at student staff issues separately, but that doesn't make sense as we share the same environment," Dawn says.

"Engaging people in conversations about what we need to make this a place where everybody feels that they belong and where we can all thrive and take individual and collective actions to make it happen is vital."

Find out more about studying psychology at The University of Manchester. 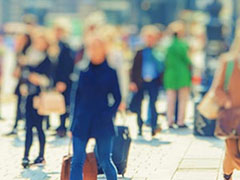 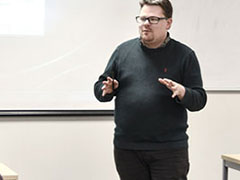 From student to teacher 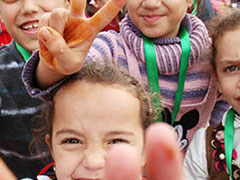