Making a difference through dentistry

For a quarter of a century, Sri Lanka played host to a civil war which claimed the lives of more than 100,000 people. One man who managed to flee in the early days of the conflict is Dr Senathirajah ‘Raj’ Ariyaratnam, who now uses his experiences to train Sri Lanka’s dentists and address dental health inequalities closer to home.

After qualifying as a dental surgeon at the University of Peradeniya in 1977, Raj took on a number of roles in his home country before war broke out in 1983.

A year later, Raj decided that it wasn’t wise to stay in Sri Lanka so began to apply for different jobs across the globe.

“It was an easy decision really; I couldn’t stay there any longer,” Raj says.

“I applied for a number of jobs in different parts of the world but the first positive response I got was from The University of Manchester.”

In a way, the severity of the problems in Sri Lanka worked in Manchester’s favour as a later offer from San Francisco could have swayed Raj towards America, had he not been in an understandable rush to flee a warzone. 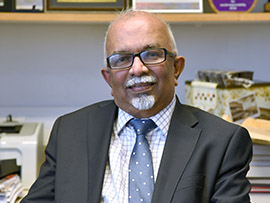 Raj is the clinical academic lead for oral medicine and the lead for social responsibility in the Division of Dentistry.

Helping out back home

After initially being hired as an honorary visiting lecturer at Manchester, Raj quickly worked his way through a number of roles, all while pursuing a master’s degree and completing dentistry exams.

Now he is the clinical academic lead for oral medicine and the lead for social responsibility in the Division of Dentistry, something that has taken him back to his roots.

“I’m leading a global oral health initiative which is linking different dental schools across the globe to Manchester. I’ve travelled to Sri Lanka and the United States and I’m currently planning a couple of trips to some European dental schools,” Raj explains.

“The dentists and doctors in war-affected areas in Sri Lanka are seeking to update their knowledge and skills because they haven’t had any real contact with the outside world for 20 or 30 years due to the civil war. Before I went over some of them hadn’t seen a dental or medical journal since the 1970s!”

“So, in 2011 I went over and set up a continuous professional development team. Initially, I’d go over there and give lectures but it’s now progressed to the point where they’re starting to organise their own lectures, are engaging in international networking and are hosting conferences.”

There is always a worry with initiatives like this that the enthusiasm can dwindle, however it’s testament to Raj and the team in Sri Lanka that this one has gone from strength to strength.

“I go over every single year and on my most recent trip I set up the International Expatriate Network. This is a network that allows people who live all over the world to connect with the people in Sri Lanka and vice versa.”

“This will help the Sri Lankan academics and clinicians to improve their knowledge base immensely and will also help the general Sri Lankan population with any medical concerns that they may have.”

More than half of Greater Manchester's children are living in poverty, with a third of five year olds in the north west suffering from tooth decay. Raj, with the help of dentistry students at the University, has set out to help out these children and their families.

“The first project that the dental school set up is now part of the dentistry degree programme and is a module where students go out and treat patients in difficult to reach communities,” says Raj.

“The second project is totally voluntary where students, with the help and support of local and international charities, provide dental care to the homeless, to underprivileged children and their families in the Greater Manchester area, and to people in low and middle-income countries.”

But he hasn’t stopped there. Raj is already working on a new local project that will take dental care to communities in their own languages to overcome barriers to accessing care.

“As a University, and as a city, we have a huge number of multilingual people. In fact I believe there over 100 different languages spoken in the city of Manchester,” Raj explains.

“We have so much language potential here at the University and so many communities in Manchester that don’t get a certain level of care due to the language barrier. So if we can connect certain students to certain communities based on dialect, we can break down these barriers and improve their knowledge on health.”

“We’ve trialled this already with the Tamil community in Manchester and it was a great success, so hopefully we can now start targeting other communities.”

“if we can connect certain students to certain communities based on dialect, we can break down language barriers and improve knowledge on health”

For someone who has done so much in their life and career, it doesn’t come as a surprise that Raj still strives for more. He has very recently developed the Global Online Learning Forum (GOLF) which he hopes will further aid his overseas work.

“I can’t go to Sri Lanka every month but they need continuity. We have lots of lecturers here who want to link with the international community but they have teaching responsibilities here,” Raj explains.

“With the help of the IT team we’ve developed a platform where I can sit in Manchester and give a lecture to anyone in the world. It’s a programme where I can see who I’m lecturing, they can see me, they can raise their hand and ask me questions and I can upload my lecture slides.”

“Initially, we connected to Sri Lanka and because that was successful we have branched out to other countries, including Nigeria, South Africa, Egypt, and Kenya.”

Raj’s work has not gone unrecognised. He has won numerous awards for his work, including one for outstanding teaching innovation in social responsibility at the University’s Making a Difference Awards in 2018. This was to honour his and his team’s work providing treatment to low income and homeless patients as part of undergraduate dental degree.

So, does he regret not choosing San Francisco all those years ago?

“No! I have now lived in Manchester for longer than I lived in Sri Lanka! I love it here; the people are nice, the staff at the University are nice, and they’ve looked after me and my family really well from the first day I arrived. “

Find out more about studying dentistry at The University of Manchester. 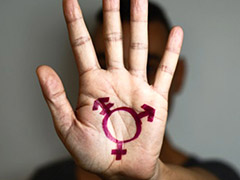 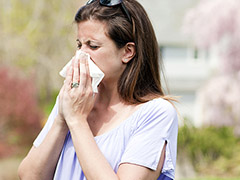 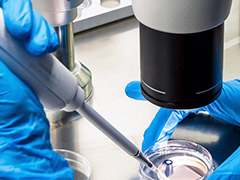 CRISPR – the future of genetic research at Manchester?