Allergies are as much a part of British summertime as Wimbledon and wet weekends by the seaside, but they are also on the rise with hay fever affecting an estimated one in five people in the UK. Now a team from The University of Manchester is trying to understand what is contributing to the seasonal misery of millions.

For the first time, biologists, atmospheric scientists and informatics specialists at the University are collaborating to track the patterns and severity of symptoms through #BritainBreathing, the largest citizen science project of its kind. 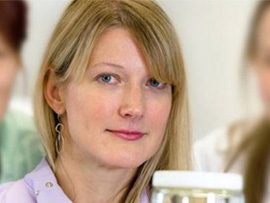 Through data collected by their network of 'citizen sensors' via a smartphone app, scientists have been able to create the first ever allergy map of the UK and are now set to investigate the link between allergy symptoms and the environment.

One of the lead researchers on the project is Dr Sheena Cruickshank, Senior Lecturer in Immunology, who teaches immunology and parasitology on our undergraduate biological science courses.

She first became interested in this area of research when she spoke to immigrant groups, who had concerns about allergies they had experienced since moving to the UK.

At the same time, the Royal Society of Biology was keen to launch a citizen science project on immunology and so teamed up with the University and the British Society for Immunology to launch #BritainBreathing.

"We want to look at the links between allergy and other variables like weather, pollution and pollen", says Sheena.

"Currently there isn't a great way of capturing allergy data as people don’t report symptoms to doctors unless they’re very serious. Most people just go the supermarket or chemist to get their medications to manage symptoms.

"By asking people to track their symptoms via the #BritainBreathing app on a daily basis, no matter how minor, this means that 'everyday' allergy symptoms are considered, so we can see how symptoms change over time."

“One of the great things about the University is that it is very easy to do cross-disciplinary research with people from completely different backgrounds – that's exciting.”

The first version of the app was downloaded by more than 1,500 people, with users ranging from 18 to 70 years old. Together they contributed 20,278 separate pieces of data up to October 2016, and the results of the analysis are looking promising for the team.

Sheena says: "Gathering this type of data via an app from a large cross-section of the public is not something that has been carried out before. We had our concerns: Will we have enough data? Will it be any good? Will it be 'fuzzed' if people get a cold? Thankfully the data is good. We've had a good spread of participants and people haven't lost interest after participating for a while."

In 2016, the team saw two peaks where people reported being 'most unhappy' which is when they had moderate to severe rhinitis; that is having a runny, blocked nose. This happened in April and June, which are known allergy peaks for grass and tree pollen.

"We then carried out additional analysis to look at seasonal allergy prescriptions over this period. We found that prescription data for hay fever medications strongly correlated with the peaks in our samples," says Sheena. "We're confident that data is accurate and good quality, but we need to collect data about symptoms over several years to make sure we really understand how they alter over changing seasons."

Working at Manchester has offered Sheena the opportunity to work collaboratively with a range of researchers.

"One of the great things about the University is that it is very easy to do cross-disciplinary research. I like how easy it is to work other people in different faculties, schools and from completely different backgrounds – that's exciting," explains Sheena. 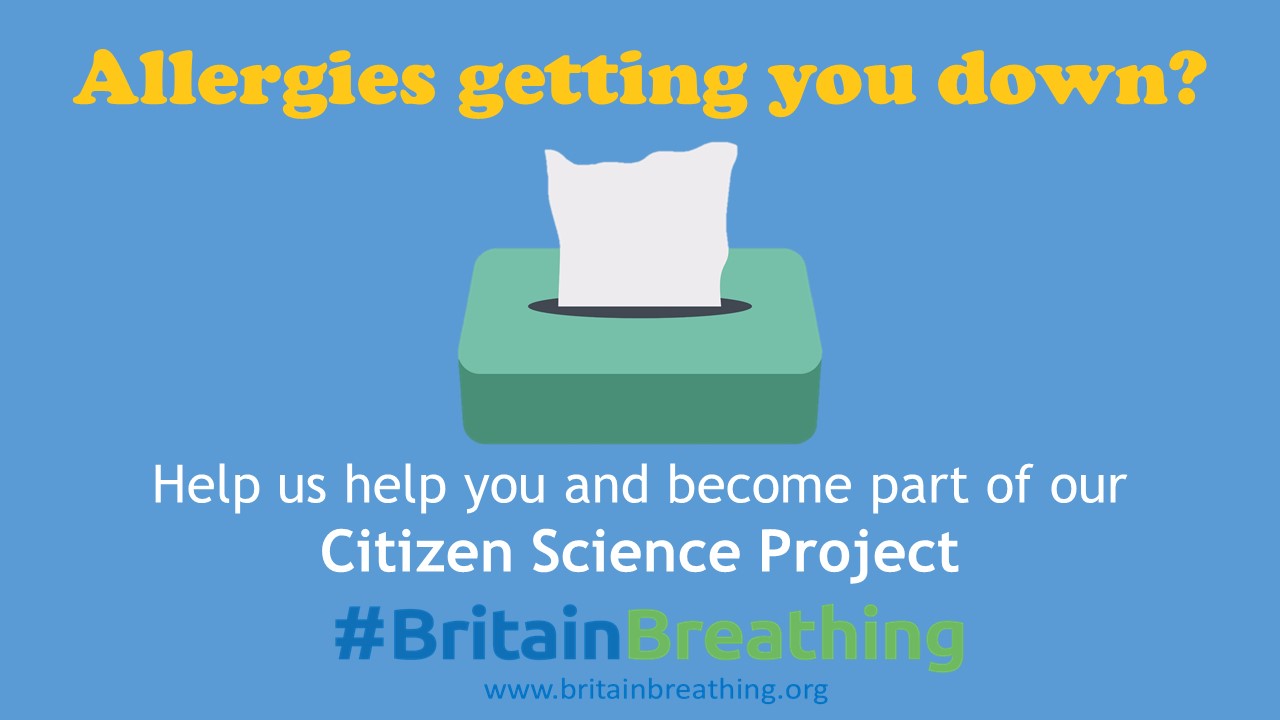 "In this project we're working with the atmospheric science team who are helping us to get more detailed readings on pollution and specific pollutants. Our priority is to start looking at how symptoms vary according to environmental factors. For example, we know that pollution and weather interact with tiny particles in the air that we can’t see to impact on human health, but we don’t fully know how.

"Our atmospheric scientists are at the cutting edge of analysing and simulating different types of pollutants and bioaerosols, so we’re in a unique position to get this data.

"But they don’t yet know the ins and outs of how it affects health. My group does lots of work in the lab on immune cells work in health and disease. Bring us both together and we are able to start discovering new things we didn’t know before.

"Manchester lets you do research you can’t usually do, so you get stretched and challenged as a researcher in different ways."

It's not just technology that is helping Sheena and the team interact with the public. Getting out into the community plays a big part in this project too.

Members of the public were heavily involved in the designing the app through workshops, and the app has been taken on the road to European Science Open Forum, Manchester Science Festival, Cheltenham Science Festival, New Scientist Live and Bluedot Festival at Jodrell Bank.

"Citizen science is a really nice way to involve the public in the research you do", explains Sheena. "It provides a two-way engagement with the public, which is important because I really think we have a duty to share research with public. Our research is funded by the public after all.

"Plus, it's fun! The people who get involved are at the very core of the project. It's for them and about them".

Find out more about the project at www.britainbreathing.org and download the app for free on Android or iOS. 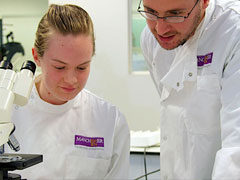 Study biological sciences at The University of Manchester 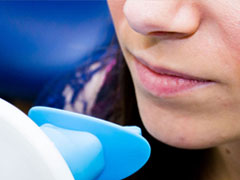