Pharmacy lecturer David Allison's service learning workshops see Manchester students bring healthcare education into schools and encourage pupils to consider higher education. David tells us why this has been such a success after winning a social responsibility award for his project.

Widening participation is something that David Allison has been associated with since he was an undergraduate student himself in the 1970s. As a volunteer, he would go into primary schools and teach aspects of biology to pupils before they moved into secondary education.

Now, 40 years later, he’s helping to provide secondary school students with a similar experience. This time, however, the focus is more on general health issues such as mental health, sexual health and diabetes – as well as encouraging pupils to consider higher education

Widening participation is something that means a lot to him, as he was the first member of his family to attend university, so he understands the obstacles that some students have to overcome.

“Trying to achieve equality is something that I strongly believe in,” David said.

“There are so many inequalities throughout society and                   I’m just trying to make a bit of a difference, and want to be able to say to people that it doesn’t matter where you come from - if you’ve got the ability then you’ve got the right to come into higher education.

“That’s the kind of message that myself and colleagues have been trying to push for the past few years, really.”

“Ultimately, it’s the students that have made this a success. Yes, it is a core requirement, but they are absolutely fantastic.”

This mindset led to the development of the Service Learning in Pharmacy project, which earned David and the rest of his team a Making a Difference Award in May 2020 for Outstanding Teaching Innovation in Social Responsibility.

The project, which is now part of the pharmacy core curriculum at Manchester, involves third-year pharmacy students going into local secondary schools and holding workshops on a wide range of healthcare issues.

“The project has been running for three years now, but prior to that, we did do some voluntary work with high school pupils too,” David explained.

“We tried a few things over the years, but ended up figuring out a model that worked best for ourselves and the schools, which is basically a one-hour interactive workshop.”

Initially, the focus was solely on antimicrobial resistance, which won David and the team a national prize for Best Innovative Practice by the UK Clinical Pharmacy Association due to delivering messages about antibiotic resistance.

As time went on, and thanks to insight from David’s teenage daughter, the workshops started to cover more healthcare issues that were relevant to teenagers, such as sexual health, alcohol abuse and mental health.

The workshops are primarily used as awareness-raising exercises, with various statistics used for each topic to educate students on the importance of certain health issues.

“The students may talk about things like the importance of a good diet to help prevent diabetes later in life, or how sexual infections can have an impact on your future,” David explained.

“We let schools make the choice on what workshops they’d like and what topics they want covered – we don’t dictate to them. Some schools pick a couple of topics, but the majority tend to just stick with one.

“We target year 9 or year 10 pupils, because that’s the sort of age group that can really benefit from this information and haven’t typically decided on their future career paths, so you can plant a seed of interest about higher education, too.”

There has been a reduction in antibiotic prescriptions for teenagers in the Manchester area and, although there is no way of knowing whether that’s specifically down to this project, it’s pleasing to see and may have contributed to the project team - David, Emma Williams, Sarah Willis and Rebecca Rafferty - winning their Making a Difference award.

“I’ll be honest, it’s not often that I’ve done things in my career where I’ve thought ‘this is pretty damn good’, but I just kind of felt that we deserved to be shortlisted for a MAD award,” David said.

“It was a complete team effort getting this project off the ground and, although we weren’t expecting to win, it was the cherry on top of the cake.” 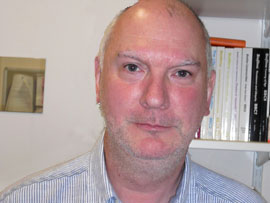 David is a Reader in Pharmacy Education in the Division of Pharmacy and Optometry and the Deputy Faculty Lead for Widening Participation.

The workshops are delivered in groups of three or four, allowing some students to actively walk around the classroom and engage with some high school pupils on a one-to-one basis.

This interactive style of teaching has a positive impact on the pupils, something David puts down to the relatively small age gap between our third-year students and the year 9/10 students.

“Ultimately, I could deliver the same message, but they just wouldn’t interact with me as well as they do with university students," he said. "I think one of the reasons for the success of this programme is the peer education approach that we’ve adopted.

“The response from the high school pupils to the workshops is, on the whole, excellent.

“The students hand out a survey after each session, as well as a card with various websites on for further information, asking for feedback, and around 85-90% come back saying that they thoroughly enjoyed the workshop and that they’ve learned something from it.

“A colleague and I sat in a couple of sessions at the beginning, and the thing that we noticed the most was how much they enjoy being taught by our students.”

It’s been three years since Manchester became the first and only pharmacy school in the UK to have this kind of service learning as a compulsory part of the curriculum.

As well as delivering at least one healthcare workshop, all students must also complete a reflective assessment associated with it, where they have to recognise what they’ve done and how it relates to being a practicing pharmacist.

Megan Cotcher is an MPharm student at Manchester who recently completed her spell of service learning.  She said: "Service learning was a great way to refresh our knowledge on current public health topics in a way that also develops our communication skills.

“As MPharm students, we develop a lot of our communication through placement work, which usually involves speaking to adult patients. Service Learning was a unique opportunity to communicate with a younger audience.”

“Service learning was a great way to refresh our knowledge on current public health topics in a way that also develops our communication skills.”

Due to the coronavirus pandemic, the immediate future for this project is somewhat unclear. David isn’t sure whether schools will want a Zoom version of the workshops or not, but he is certain that the team will be able to put something together should schools want it.

In terms of the long-term picture, David is looking at adding an inter-professional element to the workshops.

“We’ve just recently introduced a workshop on wellbeing that we’re trying to run with some students from medicine, which has got some great feedback, so we’re looking at developing more workshops alongside students from other courses," he said.

“Medical students are a group that can be pretty hard to tie down, so it might end up being a case of working more with midwifery or optometry students, for example.

“Ultimately, it’s the students that have made this a success. Yes, it is a core requirement, but they are absolutely fantastic.

“They are truly wonderful ambassadors not just for pharmacy, but for the University on the whole.”

Find out more about studying pharmacy at The University of Manchester. 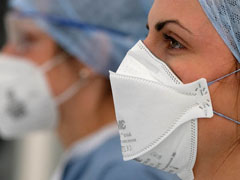 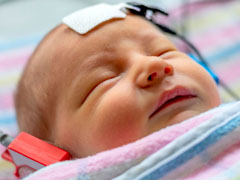 How our audiologists are responding to COVID-19 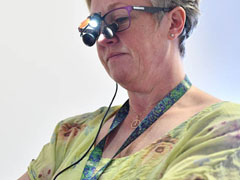 Dental care for refugees and other minority groups