The armed conflict in Syria broke out in 2011, causing the largest humanitarian crisis since the second world war. The lives of more than 8 million children have been put in danger, their worlds turned upside down by witnessing destruction, violence and death.

Experiencing the traumatic events of war leaves children at a high risk of behavioural and developmental problems, and can have long-lasting consequences.

That same year Dr Aala El-Khani, whose parents are from Syria, began her PhD at Manchester.

She quickly recognised the urgent need to find a way to help parents in refugee camps cope with their own emotional difficulties in order to help them support their children’s mental health needs.

"I initially started my PhD on a different topic, but as the events in Syria unfolded, and with my background in parent training, as well as having two young children myself, I began to wonder what it must be like to parent children in war and refugee situations and how could families in that context be supported through training and advice", says Aala. 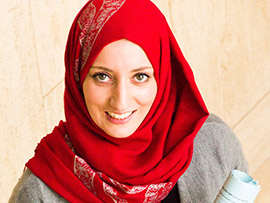 “They cry at night. They scream a lot while they are sleeping. They are very angry. They have so many unanswered questions.”

During her PhD, Aala visited three refugee camps housing Syrian refugees. While there she conducted focus groups and interviews with parents and professionals involved in humanitarian support.

The extreme conditions meant that parents were focusing on practical things like collecting clean water but felt they were not coping with their children who they saw showing sadness, anxiety, anger and aggression. Parents expressed guilt and felt they were failing their children.

This phase of the research started to give a better understanding of the parenting needs of people living in refugee camps and the requirement to provide them with psychological first aid to help them better care for their children.

Having identified a significant and urgent need for families to access parenting support, Aala and colleagues had to develop a system of getting information to people living in the conflict zone.

Working with the established NGO Watan, they discussed how to reach as many families as possible, at low cost. It was suggested that one way to distribute written information rapidly and to a very large number of families was alongside the routine distribution of bread from bakeries set up as a relief supply route to displaced families. The Bread Wrapper Study was born.

A two-page parenting information leaflet was developed, with bite-size coping strategies and parenting advice. It asked caregivers to think about what they were experiencing and what could they do to help themselves.

It asked them to think what their child might be experiencing and what they could do to help the child, for example, by providing warmth and support, giving praise, encouraging play, maintaining a routine and spending time together.

A brief questionnaire was also included so parents could give feedback on how useful they found the information and what further support they needed.

The leaflet and questionnaire, along with a pen, were packed with the bread and distributed to 3,000 families within two days using Watan’s charity arm. The questionnaires were returned via the same channel then taken back to the UK for analysis.

“The leaflet is great if we follow it accordingly. It has relaxed us and shown us what to do. We can reduce anxiety and fears in our children and make them feel safer.”

Of course Aala had hoped that the families would engage with the leaflets and respond to the questionnaires, but ultimately there was no way of really predicting how useful they would find them.

However, with more than half of the questionnaires being completed and with the majority of caregivers rating the leaflet highly, Aala was rightly pleased with the outcome.

"We were surprised at how much interest parents had in the leaflets, their willingness to respond and the value they took from the brief advice”, says Aala.

The majority of the 400 additional comments written on the questionnaires were incredibly encouraging, including one which said "Thank you for not forgetting about us and our children”.

Perhaps unsurprisingly, this is the first time that this approach has been used to reach out to parents in conflict zones but it won’t be the last.

The approach has been commended by various charity organisations and has already been translated in to English, Arabic, Swedish, French, Italian and Greek and adopted by a number of humanitarian agencies across Europe and North America. Aala believes that it’s all down to the psychological help the leaflet provides.

"The questionnaire feedback showed that the approach to delivering psychological first aid has great potential as a means of getting psychological support to parents in complex humanitarian situations", says Aala.

Going forward, the team hopes their research will be deployed on a much larger scale to promote a better understanding of the needs of all people caught up in crisis.

They are using feedback from the study to develop a parent training programme tailored for displaced families and are continuing to develop and evaluate culturally appropriate and evidence-based materials for rapid distribution.

Following completion of her PhD, Aala now works as a consultant for the United Nations Office on Drugs and Crime, as well as an honorary Research Associate at the University.

Going forward, the team hopes their research will be deployed on a much larger scale to promote a better understanding of the needs of all people caught up in crisis.

They are using feedback from the study to develop a parent training programme tailored for displaced families and are continuing to develop and evaluate culturally appropriate and evidence-based materials for rapid distribution.

Following completion of her PhD, Aala now works as a consultant for the United Nations Office on Drugs and Crime, as well as an honorary Research Associate at the University.

As well as the work in Syria, Aala and colleagues in the Faculty's Parenting and Families Research Group have been engaging the public closer to home by putting their research in the spotlight in order to draw interest and support for the Syrian refugee crisis.

The team has put on exhibitions at Z-arts in Hulme in June 2015 and #JourneysFest at The Manchester Museum in October 2016, featuring artwork by children in refugee camps and a documentary film Departing: Arrivals made with independent film maker Hafsah Naib.

The film shows interviews with parents talking about their journey with their children from Syria to the UK.

The exhibitions, which attracted several hundred visitors, highlight the enormous challenges faced by those caring for children through conflict and also showed how we can help support parents to protect themselves and their children from further psychological distress.

"By doing this we are building an understanding within communities of what life as a refugee is like, so that they will be more accepting places to live in", says Aala.

Find out more about psychology and mental health research at The University of Manchester. 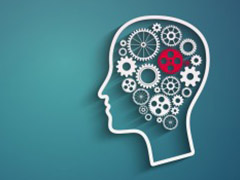 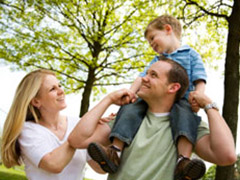 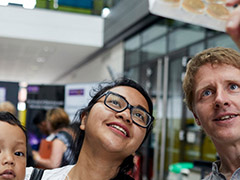 Social responsibility in the Faculty