Professor Gareth Evans is an international leader in cancer genetics, with a focus on neurofibromatosis and breast cancer. His research has led him to conclude that risk stratification offers the best way of targeting prevention and early detection (PED) approaches. Here, he outlines why Manchester is perfectly placed to lead on this outcome-changing approach.

I've become more involved with prevention and early detection of cancer because it's all very well identifying people's risks, but if you can't do anything about them then it's almost pointless. My research focuses on optimising our PED approach to cancer by calculating an individual's total cancer risk, regardless of family history.

My main focus has been risk identification for breast cancer, moving away from using family history as a risk tool and looking across all women in the general population to enable more targeted early detection and prevention strategies that will better balance the risks and benefits of population screening programmes.

Although my main focus was initially breast cancer through higher risk and moderate risk genes, I am now more involved in looking at common genetic variants called single-nucleotide polymorphisms (SNPs) to produce something called a polygenic risk score.

We feel that this work is ready to be used to more accurately identify those at increased risk of other cancers, so that PED can be better targeted at those at the higher levels of risk. Potentially, those with low levels of risk can be reassured that they actually don't need screening, as screening might actually be more harmful than good for them. 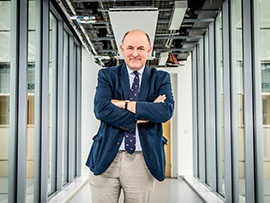 Savings to the NHS

For me, the reasons why risk stratification is the way forward are multiple, not least because of the potential cost savings to the NHS. If you use risk stratification properly, you can increase screenings of those at higher levels of risk and reduce screenings of those at lower levels, making the actual cost neutral. Better targeting means you're hopefully picking up the cancers earlier, which means a cost saving as those women will require less treatment.

Similarly, identifying higher risk people helps identify those who would be eligible for medication prevention treatments such as the three NICE-approved drugs – Tamoxifen, Raloxifene and Anastrozole. Anastrozole went through a health economic assessment for breast cancer treatment and results showed that there would be a cost saving to the NHS. It only costs 4p a day to treat someone with Anastrozole, but you halve the number of breast cancer incidence - literally cutting in half how many women will get breast cancer. This is a potentially massive benefit to the NHS.

Additionally, the risk stratification, including the genetic element which is the most expensive part of process, only needs ever to be done once. You may need to do an assessment of the other risk factors, including mammographic density, on two or maybe three occasions.

Putting the machinery in place

The NHS moves very slowly, however, and there is much to be done. We need to persuade the national screening committee that risk stratification is the way forward because it will represent a huge change for risk assessment to be brought into the screening programme. In current screening processes, every woman is treated the same.

There are some high risk screening programmes already taking place. Colonoscopy is being used to screen patients with Lynch syndrome for bowel cancer, as their genetic predisposition places them at higher risk. This approach just needs to be fully taken on board. It is really the correct, most intelligent way forward, rather than the one-size-fits-all approach.

“It is really the correct, most intelligent way forward, rather than the one-size-fits-all approach.”

Our researchers have identified hundreds of genetic variations and gene mutations which can switch protective tumour suppression genes off, as well as moderate and high-risk genes for many cancers, but we need to go further.

We have refined this approach by analysing DNA samples collected through the Predicting the Risk of Cancer at Screening (PROCAS and PROCAS-2) studies using exome sequencing, to identify all known and suspected breast cancer genes and assess known breast cancer gene mutation risk.

We recruited 58,000 women from Greater Manchester into the Predicting the Risk of Cancer at Screening Study (PROCAS) and now over 1,700 breast cancers have occurred in those 58,000 women.

We created an algorithm that pulls the different elements of the risk together. We used a risk programme where you have to collect a number of risk factors from each woman. We are now in the process (PROCAS 2) of giving back risk information within six weeks of a woman attending for her mammogram, including all of her risk factors and mammographic density.

In a subset of women, we're going to be adding in the genetics by collecting saliva DNA when they come for their mammogram. We'll extract DNA from the saliva and run a single nucleotide polymorphism (SNP) array and then generate from 143 of these common variants, a polygenic risk score. That might give them a risk anywhere between 0.25, so a quarter of the average risk, or it might give them a four-fold relative risk. Yes, that's a very big risk range, but also a very accurate one.

This work brings together geneticists, oncologists, epidemiologists, and radiologists to make this happen, along with image scientists and IT specialists.

“We need to continue to be world leaders and strive for more, because we can do it.”

Ultimately, the aim is that when a woman is around 40 years of age, we will be able to do a full risk assessment for all the female cancers, not just one, and then work out a screening programme.

Currently, the expensive part is the genetic testing which probably costs around £80 a test, but this isn't desperately expensive when you consider that if used accurately, then you're saving £80 for every mammogram you don't need to do, so you'll save money by better targeting.

I would like to see Manchester become the go-to place for risk stratification, prevention and early detection of all the major common cancers. My colleagues have identified new genes that haven't been identified by other groups around the world for inherited cancer syndromes, and this isn't just because of our access to the diverse population. It's because we attract high quality scientists to do the innovative, new research. We need to continue to be world leaders and strive for more, because we can do it.

Learn more about research into cancer prevention and early detection at the Manchester Biomedical Research Centre. 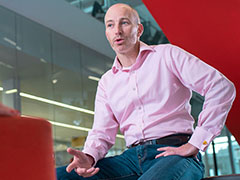 Taking discovery research up a gear 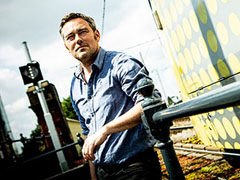 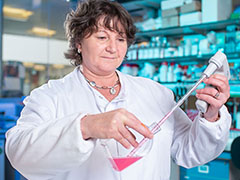 Bringing it all together