Professor Emma Crosbie outlines some of the ground-breaking research she has undertaken in the field of cervical screening, and outlines why she thinks a Prevention and Early Detection (PED) approach is needed.

As the lead for early detection in the NIHR Manchester Biomedical Research Centre Cancer Prevention and Early Detection (PED) theme and a gynaecological cancer surgeon, I'm essentially trying to detect gynaecological cancers at their earliest treatable stage, when it's a lot more likely that treatment will be curative. One project I've been involved in recently is using urine as an alternative to routine cervical screening for the detection of human papillomavirus (HPV). 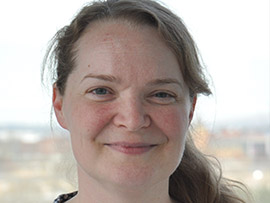 Emma Crosbie is Professor of Gynaecological Oncology at The University of Manchester and Manchester University NHS Foundation Trust. She is also the lead for the cancer prevention and early detection research theme at the NIHR Manchester Biomedical Research Centre.

We know that cervical cancer is caused by high risk HPV. In the past, we identified pre-cancerous changes in cervical cells by examining them under the microscope via a smear test. However, pioneering work at The University of Manchester by Professor Henry Kitchener found that testing for the virus that causes these cellular changes - HPV - is a much more sensitive way of picking up cervical cancer precursors.

As a result, HPV testing has now been introduced as an integral part of the screening programme across the UK, and this in turn has given us the opportunity to look at other biofluids to see if we can pick up HPV in less invasive samples than those taken directly from the cervix.

We found that we were able to detect HPV in urine, which of course has huge implications for women. It could mean that instead of having to undergo a speculum test, involving an appointment with a healthcare practitioner, women could simply collect a urine sample in the privacy of their own home.

At the moment, women are not going for cervical screening. In the UK alone, almost 5 million women are overdue cervical screening, with just 71% turning up for their appointments. Providing a urine self-sample is less intrusive and would undoubtedly encourage more women to be screened.

“We found that we were able to detect HPV in urine, which of course has huge implications for women. ”

Our early work looked at whether the HPV detection rate was similar between urine and cervical samples, and whether a urine sample can detect pre-cancerous changes as effectively as samples taken from the cervix. I'm pleased to report that the research found this to be the case. 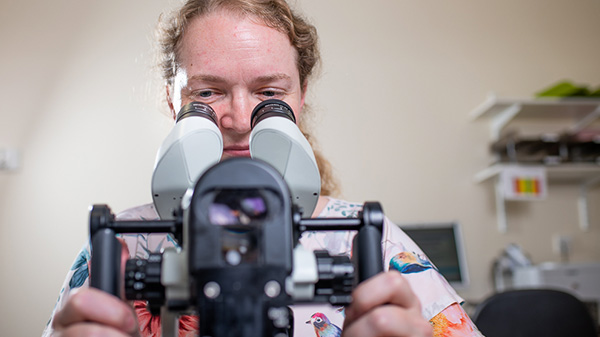 There is a lot of interest in urine as an alternative to routine cervical screening, particularly since urine appears to be just as effective as cervical samples for HPV detection.

One potential drawback of the urine self-test is that, unlike the conventional smear test, there are no cervical cells collected that can be examined under the microscope to look for pre-cancerous changes. So we're also studying a new process, whereby if the initial HPV urine test is positive, we go on to do a methylation test to see whether or not there's evidence of pre-cancer.

This would mean that only those women who have a very high chance of developing cancer would ever need to be referred for further investigation via a colposcopy. This is an entirely new approach which hasn't yet been tried and tested, and we've teamed with scientists based at Queen Mary University of London to trial the urine test using the methylation biomarker.

“For me, it's a no-brainer. PED is where we have the greatest opportunity to make a difference and have a positive impact on patients' lives.”

Why Prevention and Early Detection?

While most of the funding for cancer research goes into developing new treatments, to my mind the obvious place to make a real difference is to prevent the cancer from happening in the first place or to detect it at such an early stage that it's easy to treat effectively. So for me, it's a no-brainer. PED is where we have the greatest opportunity to make a difference and have a positive impact on patients' lives.

That said, there are undoubtedly many challenges - it's certainly not going to be a case of 'one size fits all' when it comes to cancer PED. In the same way that drug treatment trials are targeting a very specific aberration in a cancer signalling pathway, I think it's going to be similar for PED - one biomarker is not going to work for all cancers.

We're going to have to find specific biomarkers for particular types of cancer. For gynaecological cancers, a lot of it is about trying to find new, non-invasive ways of picking up cancer early.

Manchester: a PED centre of excellence

The city already has an international reputation for cancer research excellence. It receives a phenomenal amount of funding from Cancer Research UK (CRUK) and also the NIHR via the Manchester BRC. In fact, Manchester is the only BRC in the country that has a cancer prevention and early detection (PED) theme, and the city is home to one of the only three CRUK early-detection centres in the entire country.

Manchester is also fairly unique in being able to bring together brilliant discovery scientists and clinical academics who can then work with patients to test new discoveries. For my research, that's a perfect marriage between innovation and testing new diagnostics and treatments in the right people.

As the lead for the PED theme at the Manchester BRC, my personal ambition is to see Manchester develop as an internationally recognised centre of excellence for cancer PED. We've got all the elements in place, but to take things to the next level we need to have new biomarkers to test sequentially in high-risk groups, and then in more general populations. 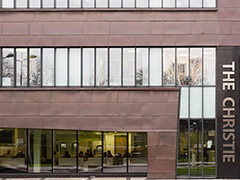 From bedside to bench and back again 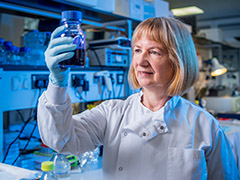 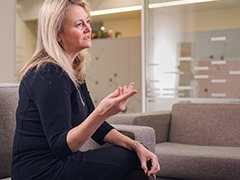